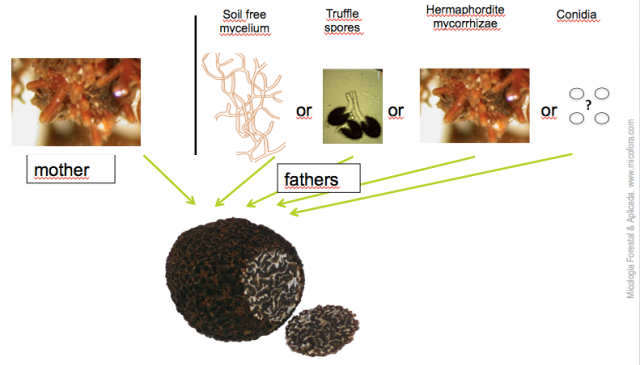 For the first time it has been possible to study genetically the female and the male factors in black truffles. In a study of our researcher Herminia de la Varga, while she was in a postdoc in the INRA, shows us the results after genetically analyzing for 5 years, 241 truffles and 475 mycorrhizae plus so many soil samples.

Although we have already advanced some conclusions of this extensive work, let us write in this post some more: 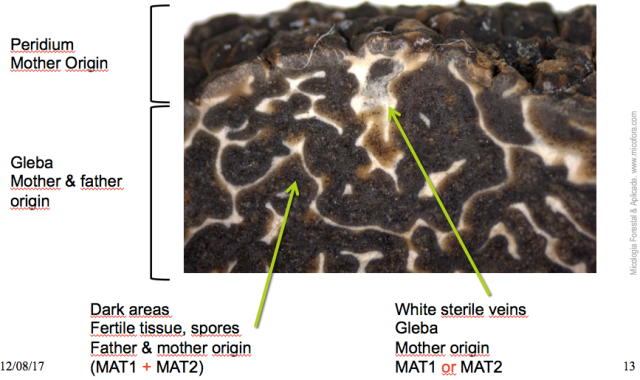 The majority of parents (75%) were transient (they were only in a single truffle), but 16 parents were found in different truffles and in subsequent years and also they were the ones that produced more truffles (21% and 37%). One of them produced just himself 18 truffles (8.7% of the produced ones), and was found in truffles of two different trees 20 meters apart. So these fathers who produced truffles in different years can not come from spores who germinated.

Only 3 of these fathers were found as hermaphrodites in the mycorrhizae. From all this it is concluded that the fathers have little capacity to associate to the host tree and that there must be a mycelium that persists in the soil, sometimes associated with herbaceous plants and becomes a pool of fathers. However most fathers come from spores that germinate, and this explains the positive effect of the spanish wells with spores in the plantations.

It would be very interesting to isolate and study these persistent parents, who are at the same time the most producers.

Only 3 individuals (1.5% of those analyzed) found themselves acting both father and mother (hermaphrodite), although producing 55 truffles (27%), while most were detected acting only as father or mother (you will see in this and other articles as “dioecy” or “trioecy” when hermaphrodite is taking into account).

I leave you a photo of Herminia de la Varga giving one of the invited lectures at ICOM9 two weeks ago in Prague, about the results of this work: 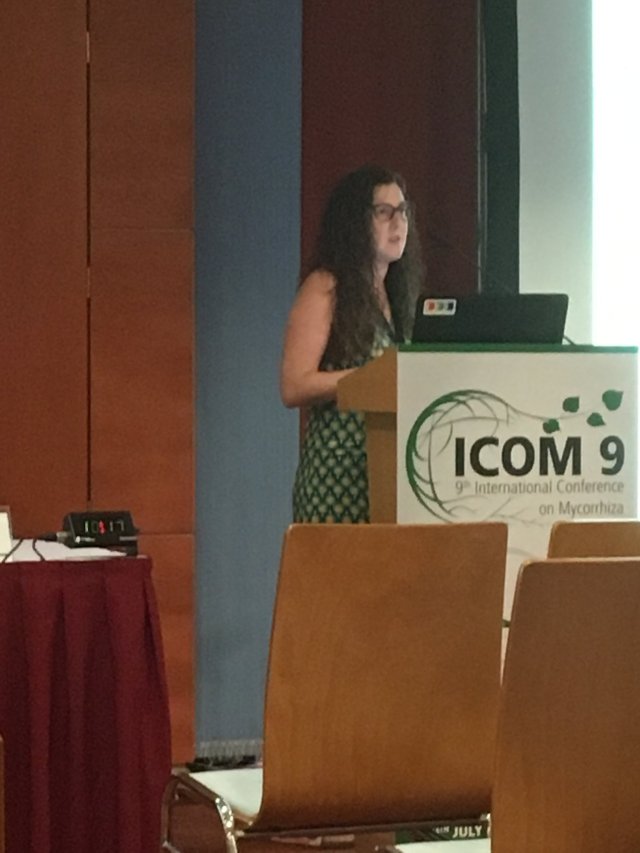