how to decide a layout for truffle farming in the USA?

Posted on April 5, 2017 by trufflefarming

The last two weeks we have been visiting 8 truffle farming projects in the USA with @xvilanovasola, mostly in California and in North Carolina. Let me comment some of the issues we mostly find and to compare the climates and soils.

In Ashville (NC) is probably where we find temperatures more similar to the ones in Catalonia. i.e. 23,7ºC as average of the hottest month (July) and 2,8ºC as average in the coldest month (january). Here black truffle will enjoy direct sunlight to the ground, so better make layouts with rows North-South with low density (150 trees/acre). 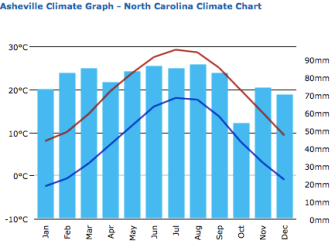 In this area it rains all year round, with 70-80mm every month, so some orchards would not even need irrigation during fruiting stage.

On the other hand, in California temperatures are quite higher, specially the average of the maximum in the hottest month. The amplitude of temperatures during day & night are huge, so truffle will probably look for some shade in some areas, so we can design layouts a little more dense or with rows East-West. 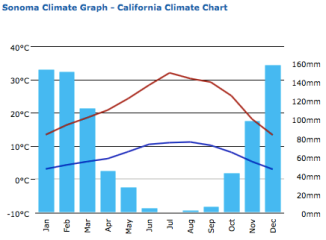 Another issue that may raise is when truffle season ends in mid march, we have to do all tasks in a truffle orchard, this is to prune, chop branches, add truffle spores or spanish wells and rip or till before spring starts. But in CA most trees already move/sprout in late march, we also found mycorrhizae were active in most samples in early april. This means that the “window” to do more tasks is shorter than in Spain. 2 weeks in CA while 4-5 weeks in Spain. And in north California rains in march so soil may be too wet to work before spring comes…

Here two pics one with old Quercus suber and another with Q. robur & pubescens with black truffle. The first with an excessive canopy and the second will close soon if trees are not heavily pruned:

Rain is one of the main problems in the area north of San Francisco, like Napa and Sonoma Valley, specially in winter where the amount of water is pretty high at the time that truffle are harvested. This will create problems in the orchards in the valleys, with clay soils and bad drainage. Ripping or improving drainage (french drains) will be a must to avoid truffle rot.

We found several orchards with excessive tree density that need to be thinned, trees toped or heavily pruned: 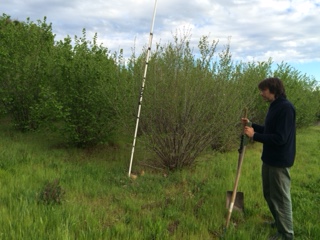